Picking a Programming Language to Learn

Thanks to the continued advancement in internet technology that people can access world-class resources in order to learn how to code for little or no money. As much as it is a great idea for any individual who would love to become a software developer, it is also a great challenge especially for beginners.

When going through online articles you will find tremendous resources however you will realize that every click leads to a new tutorial or YouTube Video. It is not easy to find an online coding school that offers free of charge lessons, most of them charge a small fee for their resources. If you have made up your mind to learn coding, then it will be a great idea to master one language at a time. It will be very easy for you to get a job if you are proficient in one language than knowing bits of every language.

Python is a simple straightforward syntax which makes it a general-purpose language. The language features dynamic type system, automatic memory language that supports multiple programming languages like object-oriented language, imperative and functional. Most of the application domains make use of its comprehensive standard library. Web and desktop application servers, machine learning and artificial intelligence applications make use of python. It is continually ranked on top of other programming languages.

According to the annual developer insight survey over 70% of all developers use JavaScript. It is very versatile and can be applied in almost any software field and is one of the primary front-end languages for the World Wide Web. Java script also enables interactive web pages and is essential to most web applications.

It is a multi-paradigm language and supports multiple programming styles from object oriented to functional. It has a vast, rapidly expanding number of libraries including back end servers. It is also very popular in that it even has frameworks in fields where it is not an option such as in game development and virtual reality.

Just like any other programming language, ruby supports multiple programming paradigms such as object oriented, functional and imperative. It also features a dynamic type system as well as automatic memory management system. It is mostly used in Web applications with Ruby on Rails framework in addition it is also used in databases and back-end servers.

One of the greatest assets of Ruby is its user friendliness to beginners. It is one of the most forgiving languages as it is able to compile and run on your program until your problem appears. It is also an easy to learn program in that since its syntax is close to a spoken language.

Java is one of the most widely used programming language. They have a famous slogan, write once, run anywhere. It is a multi-paradigm language that is class-based, object oriented and designed to have the least implementation dependence. Due to its structure, it has a wide array of use across several application domains. One of its most profound uses is in the development of applications for Android however, it is also popular for web, server and desktop applications. As much as Java syntax is very daunting, mastering it can be help you land your first job as a developer.

Have a specific field in mind

The best way to identify a language to learn is by having a specific objective in mind. You can become a startup developer or mobile developer specialized in a specific language. You can pick a machine language like Python which is the most used language and combine your knowledge with TensorFlow Library and you will have an excellent chance of getting yourself a nice job.

In case you are interested in developing mobile apps you will have to decide whether you want to develop for Android or Apple devices. Java is the best bet for developing on Android. When it comes to iOS then you should learn swift. Another great language for mobile development is JavaScript when combined with HTML and JavaScript.

In summary, focus on mastering one language instead of learning bit by bit. In case you are not sure of which language to learn then consider picking a general-purpose language. However, if you already know that your interest is in the ability to develop something more complicated than an adult forum site like usasexguide like an adult dating app or something that is going to be far more complex and demanding with a need to work on a plethora of devices, then you should be able to narrow down the best option for you from the start. At the very least you will be able to eliminate any languages that don’t meet the limits of your desires.

If you’re aspiring to enhance your technical skills, it is highly recommended to choose the right kind of technical training program and certification to seek a job and earn a handsome salary in a reputed organization. We know that regular college and tuition fees are a bit expensive. Therefore, it is ideal to learn and develop your technical skills from a new type of education that has gained popularity as a coding boot camp. For a newbie, it is essential to know everything about a coding bootcamp. It is basically one of the quickest ways to learn the most efficient technical skills that are high on demand by working professionals and aspiring students who want to be proficient in coding skills. Get started to learn this new form of short term and intensive programming to start your career in software engineering and solve real-world problems. Why choose a coding bootcamp? Read on more about this technical programming skill that most of the employers are looking for to reach other tech fields.

Any graduate who is willing to take his career to the next level is eligible to pursue a coding boot camp. Hence it is advisable for students to complete their graduation as coding boot camp is ready to learn from beginners to the more experienced depending on the program they are entering. In that way, their chosen program shows a direct impact on their relative finances and helps them reach expectations. This program is available in three modes: in-personal, online or self-paced. Choose the model that is feasible to learn coding boot camp. The candidates interested can also leverage to pursue this program on a full time or part-time basis.

How does it work and what are its benefits?

Hence coding boot camps offer a promising career to many candidates who are willing to grab a job in relative fields based on their chosen technical training program and level of experience. Be the next to access this newly developed tech skill if you are really interested in landing into the software development to solve real-world problems.

What is Ruby on Rails?

Now, as you already know that Rails is a framework, so you should also know that it is the Ruby programming language that is being used for writing Rails. Just like Python is for Django, in the same manner, Ruby is for Rails. The best thing is that it is free and any web developer can use it. Or they can also help in making it better. Many people ask this question that why they should use Ruby on Rails and why it is good to use. Let’s know about it below.

Why use Ruby on Rails?

We already told you what Ruby is and what Rails is. They do have some characteristics which make them different and better from other frameworks. Like:

Benefits of Ruby on Rails

Everything has pros and cons, and so do the Ruby on Rails also have. But, Ruby on Rails has some limited cons only. So, here we are going to help you with some of the benefits of Ruby on Rails.

Many colleges with computer science branch are including python in their curriculum. Python was launched back in 1991, only in recent years the popularity grew along with the necessity. The Python is an open software available for everyone to learn program, practice program and enjoy coding. Computer science students who face difficulty in programming enjoy coding in Python. The library system, syntax and everything else about python are made easy for common people to be able to code. Python is a simple way of programming where a 10-line C-program can be written within 3- or 4-line Python language. It helps in writing complex programs in different fields like Data science, artificial intelligence or web development. Many students and software engineers are opting to learn python from other sources when it is not included in their curriculum. It helps in building up a strong resume. Many tech and programming based companies such as dating apps and local hookup apps are paying to send their employees and programmers to become skilled with Python to incorporate it into their repertoire. Here are a few of the sources, which have free content and certification with a minimum fee.

DataCamp: This is a completely free course for beginners. As the levels increase the fee may be compulsory. However, once the basics are known thoroughly, you can go to other free sources available. If you are comfortable with their teaching and wish to continue, it would take $25 per month.

Edx: This open MOOC is popular for many courses. Python for beginners by Microsoft is one of the best courses. Jupyter notebooks are used here, where details are shown through webinars and live interactions. Microsoft also provides other levels, which can be done immediately after the first one with perfection in the basics. MIT also offers basic level python. Python in higher levels is also offered by Harvard University, Columbia University, and IBM. Any certification would need a reasonable amount of fee and writing an exam.

BootCamp: It is similar to Data camp, however, the fee is $199. For programmers who are really into python and its application, this platform is worth investing in. It can be learned through Udemy MOOC.

Udacity: Another MOOC platform for students eager to explore courses, and learn as much as they can. Udacity offers an Artificial intelligence course with Python. This is a very interesting and complex course. It is suggestible to go after completing a basic python course. For those who are already programmers, can manage and continue with AI with Python course.

While certification is a priority in professional word. With an increasing number of free online tools, talent and passion for the language are important. The rising number of people interested in coding, and wanting to shift to computer science in their graduation or masters makes python one of the best programming languages every programmer should learn. Many professors know the demand for python and are coming forward to teach it along with the curriculum. The power of this language is known to experts who consistently work with long, and complex programs. A program taking 4 or 5 hours in C++ or JAVA only takes about 10 minutes with python. Almost all tasks can be done through python equally as fast as JAVA, C++ or any other code. 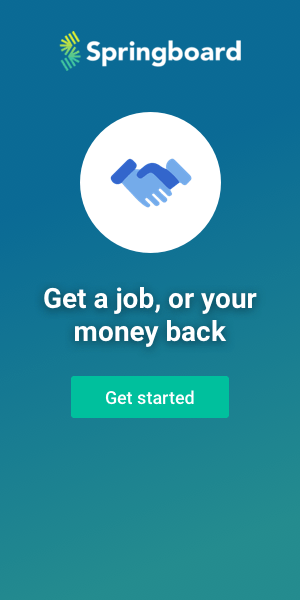 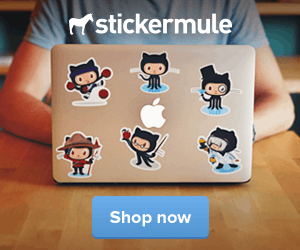